It is now a fact that Junaid Jamshed is a misogynist. No amount of selfies and hand holding with Hadiqa Kiani can convince us otherwise. The damage has been done and now he need not make a lot of effort to convince us. We have been reading several calls to boycott the self proclaimed mullah of the Tableeghi Jamaat and a progeny of Mullah Tariq Jameel. However, in those calls for boycott, people missed out the larger business interests of these mullahs.

Let me digress here a little. I lived in an average working class neighbourhood of Karachi, not poor, not too rich. Educated, working class people, living in houses built in the good old times of 60s and 70s. It was during the 80s and 90s as most of the older lot was retiring, and their sons transitioning into promising stalwarts of the corporate world; when all changed very rapidly. One can even say it changed as soon as the local mosques turned Deobandi with a Salafi hint. Mind it that a Deobandi might never admit to having a Salafi hint.

The suits, pants and shirts were switched with longer kameez and shorter shalwars. The clean shaved men grew beards without the moustache and suddenly the old used cars were turned into black-shiny corollas and accords. They stopped saying salam to the Shias and Ahmedis in the mohallah and kept upgrading their houses in leaps and bounds. No more incremental house building. The money poured in, the old house was torn and new one built. Where that money came from is a whole different debate, but remember the 80s and 90s reference.

Not just in the neighbourhood, but in the entire block one could bet without a glimpse that inside a shiny black corolla would be a moustache-less bearded mullah wearing his younger brother’s shalwar and older brother’s kameez. Anyway…I digress too much.

Coming back to Mullah Junaid Jamshed of the pop band Vital Signs, his many business interests like JDot, MeatOne, Al Shaheer Corporation Ltd, and celebrity business partners Inzamamul Haq, Saeed Anwar, and Muhammad Yousaf, we need to understand the idea of mullah corporatism. It is obviously a fraternity. So there is no room for women except when invisible in a burqa and niqab...or when helping in damage control stunts via music programmes.

This corporatism or coporativism is the foundation of Islamic Corporatocracy. From Islamic finance and banking ideas to ‘halal certification’, it is all about increasing the coffers of this pop mullah generation. There’s another side to these pop mullahs.

The rogue or let’s say 'astray' of these pop mullahs wreck havoc in parts of the world under the banners of al Qaeda, Isis, Daesh, al Shabab, etc. Their militancy is replete with certain killing techniques, psychological manoeuvres, and media campaigns. Perhaps next they will apply for patenting certain decapitating techniques and women sex-slave finance and liquidity procedures as purely ‘Isis style’.

So for these pop mullahs on both sides, women can either be slaves or consumers of their designer goods.

Though on surface both these sides show differences in opinion, style, and even ‘a bit’ of ideology, their main aim is the same, increasing the influence of Islam by hook or by crook. In that, their misogyny, hatred for minorities, attire, and even language remains the same. 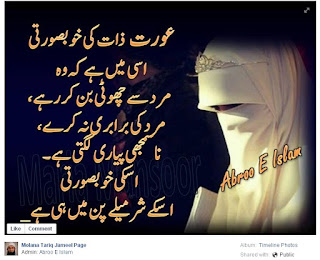 Where life is not sacred

Pakistan has lost more than 80,000 people in the war against terror. The country’s top intelligence agencies and the security establishment along with the Saudi-CIA coalition are to be blamed for this. Their not so savvy strategic maneuvers have failed and rather resulted in creating the monsters that now kill left, right and centre. But killings do not have an effect on this region as much as the thought of glory does.

You can sell the idea of ‘glory in death’ to the people of this region very easily since they grow up on the Greek Hero cult. From teaching children how those who are killed in battle are never really dead to conditioning women into believing they will have a better life in hereafter if they forget they are alive human beings, we thrive on the death of humans, their dreams, aspirations, and thinking ability. Our politics too is played on dead bodies. A better political party has more ‘martyrs’ and not many good living politicians. We have replaced the Greek hero with the word ‘shaheed’ (martyr).

Death is the other name of our religion. If you are Muslim, you must decide which kind to get the permission to live and then die to get access to the royal suite. If you are not Muslim, forget your basic human right to live, let alone live with dignity. It all boils down to living as a Muslim and dying while trying to make sure others are Muslim too.

This is the reason why, even though thousands of people are dead in this country, and many continue to lose their lives on a daily basis, we are not bothered. Those who die are either the bad people like Shias, Ahmedis, Christians, or Hindus, or the good people like Deobandis, Salafis, and other Sunnis. The bad people are of course dispensable being sub-human and the good people are the exalted ones, the eternal ones, the immortal shaheeds.

Lack of respect for the existence of life on earth and desire for the never-seen, never-proven next life is responsible for chaos in most of the countries where the religion of peace is sacrosanct, and Pakistan is no exception. It is why millions of people flee from the regions where this religion is sponsored by the state. But it seems that the roundness of earth is catching up with this escape route as well.

Fighters of the religion of martyrdom are now making life unsacred even in the bowels of secure zones. They are leaving no place to run. Their desire for glorious death is all consuming. From 80,000 Pakistanis, to 250,000 Syrians, their appetite for blood is insatiable. They want to kill, and will continue to kill unless those who follow the same death cult, do not start loving life on this planet.

For that, we need a rigorous rehabilitation process, since abandoning the drug of glory will not come easy.

As a starter, instead of cherry picking, they need to stop reading the parts in their book that sanction death to the infidels, maybe the need is to even eliminate such writings, or add them to the list of redundant verses. Their barbaric literalism needs to be caricatured perhaps a lot more than it is done now. Hopefully though not at the cost of a few more lives in places like the ******* ***** office.
Posted by Andaleeb at 2:13 AM No comments: